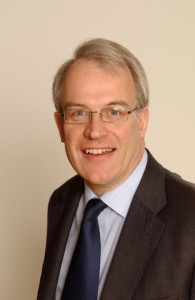 Prior to establishing Risk and Regulation Consulting Limited in October 2008, Clive spent ten years at the Financial Services Authority and 18 years at the Bank of England.

At the Financial Services Authority Clive was Managing Director for Retail Markets and an executive member of the FSA’s Board from 2004 to 2008, responsible for:

Clive was the Director of Prudential Standards at the FSA from 2001 to 2004, responsible for capital requirements for all types of financial services firm, and in particular for the development and introduction of the FSA’s new capital regime for insurance companies. Clive was also a founding member of the Committee of European Banking Supervisors and an alternate member of the UK’s Tripartite Committee on Financial Stability .

Clive has consulted for the IMF, World Bank and Asian Development Bank, and is currently a senior adviser to KPMG, a program leader at the Toronto Centre for Leadership in Financial Supervision, an adviser to a number of regulatory authorities, and a non-executive director of The On-Line Partnership Limited.